Functions and Disorders of the Hormonal System

X-Tra Focus on the Moon Phases 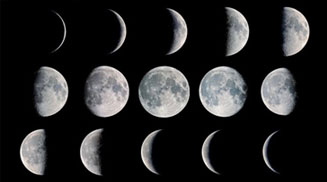 The course has a practical component using a pendulum to measure polarity energy of individuals and of various foods.

Participants will relate to their bodies as magnets, understanding, for example, the polarities of the human brain, heart and circulation system. The synergy between the female menstrual cycle and the moon phases will be explored, as well as the differences in human polarity caused by conception at the new moon phase versus conception at full moon phase.

The course will further discuss the chemistry of the human body and how lifestyle choices will influence the pH levels of the tissue fluid in the body. Any imbalances will form toxic molecules that congest along the Meridians, a powerful visual assessment tool. Foods have their own vibrational energy which can have an adverse effect on people depending on the person’s individual polarity.

The course will explore the consequences of congestions along the Meridians and offer explanation to why pains become stronger around the moon phases and seasonal changes. The participants will learn how to protect themselves against external magnetic influences that can interfere with the balances along the Meridians and their general health. On completion of the course, the participants will be able to convey a lifestyle change that may not only help and support general health, but also sensitive issues such as infertility.

On completion of this course, the participants will be able to relate to:

1.   The energy structure of the human body

3.   Using the Meridians as the body’s tool to create a balance

4.   Chemistry of the human body

5.   Magnetic pains in the human body